The light installation Een Spoor van Water (A Trail of Water) by artist Matthias Oostrik was unveiled in a new railway overpass in the Dutch city of Assen. Each passing train activates a unique light composition, incorporated into the paving and planting below. A waterfall of light that crashes down over its concrete and meanders through its overgrown slopes. Situated in a historic creek bedding, the artwork connects the natural flow of water to the site’s contemporary, urban traffic flows. The light installation is the grand conclusion of a series of art projects connecting the city to its green and historic surroundings and the second work of Matthias Oostrik within this program. 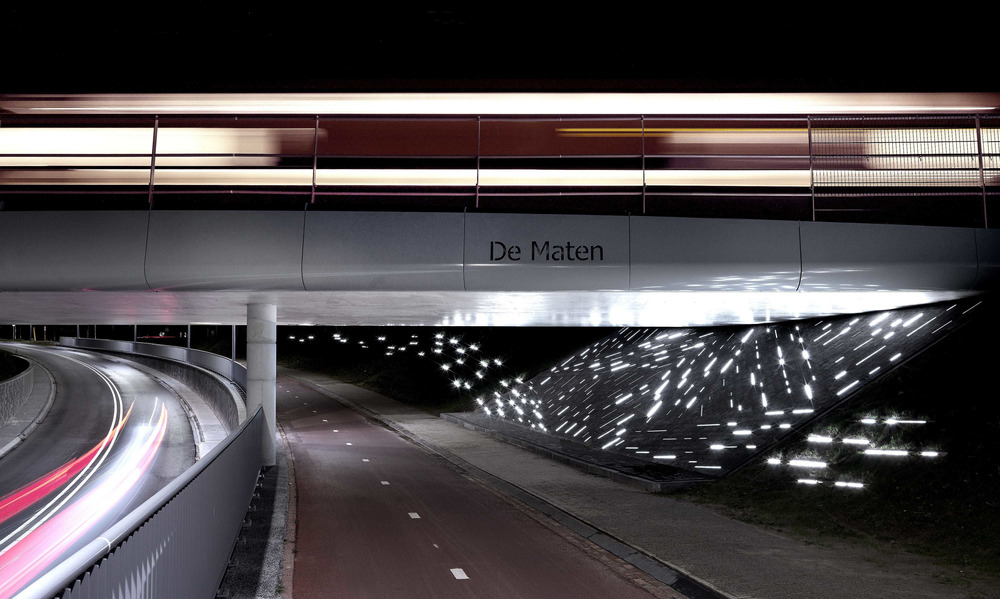 Matthias’ artworks enable new and unusual connections between people and their surroundings. Using digital technology, his monumental installations respond to visitors with changing light, video, or sound, allowing visitors to re-shape their environment. His works in public space are also functional. They contribute to a sense of security and are designed to last. 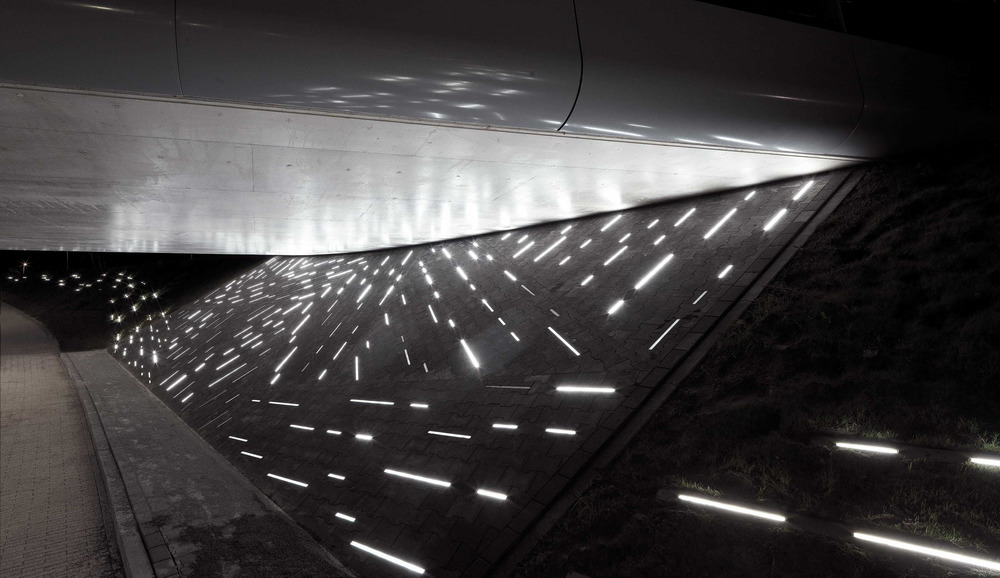 An early and well-received example of his work is the Bijlmer Moodwall (2009), located in a pedestrian passage in Amsterdam. This 24-meter-long installation reacts to visitors with rhythmic light patterns, which turn the shady tunnel into a pleasant place to be. At De Assen van Assen (2018), passers-by also activate playful streaks of light that move alongside them. A Trail of Water is triggered by the trains rushing across the overpass. Cyclists and pedestrians passing below can enjoy the enchanting waterfall of light. 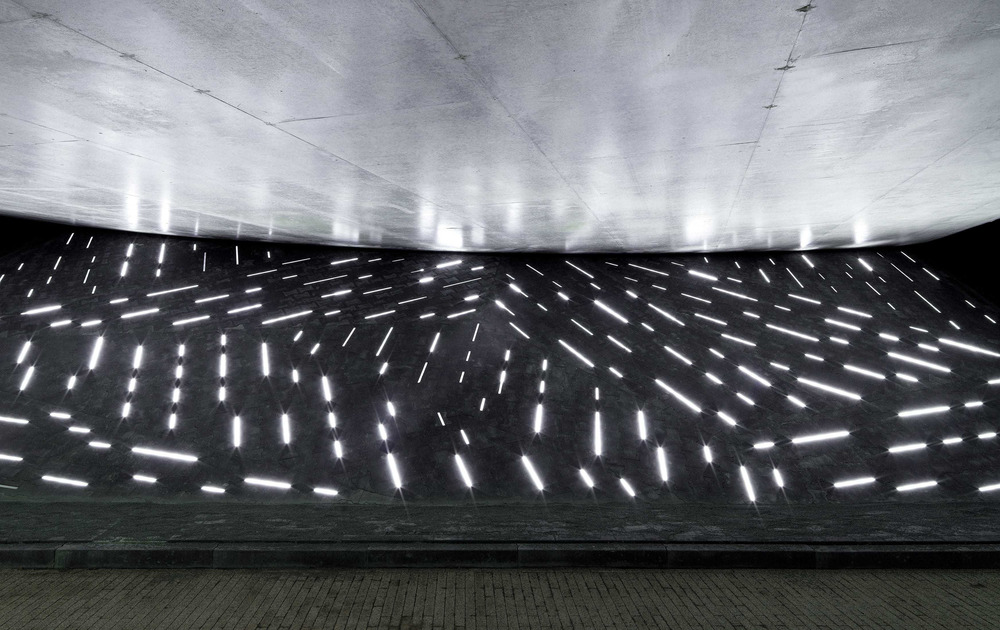 A Trail of Water not only connects the different traffic flows. It also touches on the history of the city of Assen. The oscillating tides of light refer to the historic brooks that used to run here in the valley of the Drentsche Aa.

Matthias was also inspired by more practical matters. For example, the embankment of the underpass would be covered with dull H-shaped paving blocks. Instead of covering or replacing these, Matthias incorporated the blocks in an oblique and angular composition, creating the illusion of cascading light. To achieve this, 500 of the blocks were fitted with custom-designed LED-modules.

0 replies on “A Trail of Water”