For the exhibit Black Box at the Design Museum Holon in Tel Aviv-Yafo, Israel, Sarit Shani Hay has created an imaginary landscape with cushioned volumes that evoke the rocky coastlines that sea lions, seals, bears, and other creatures call home. 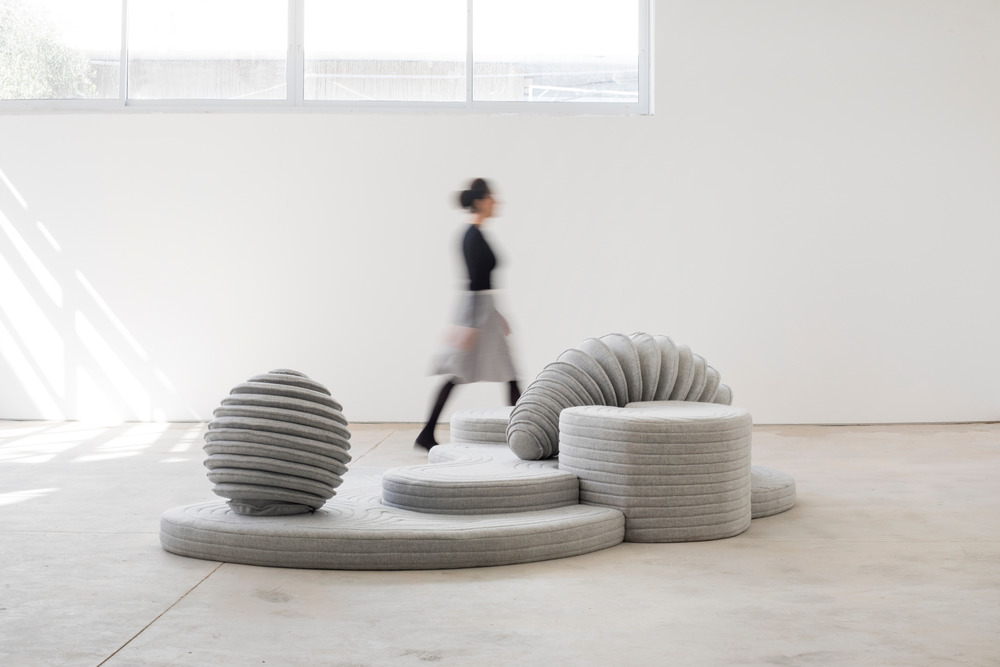 The pieces, with their blue and taupe tones, communicate the bold curves of the museum building itself that was completed in 2010 by architect Ron Arad and showcases a dramatic exterior in red and orange stripes, while its underside, as seen from a glass wall in the room of Shani Hay’s installation, is painted in cooler shades. 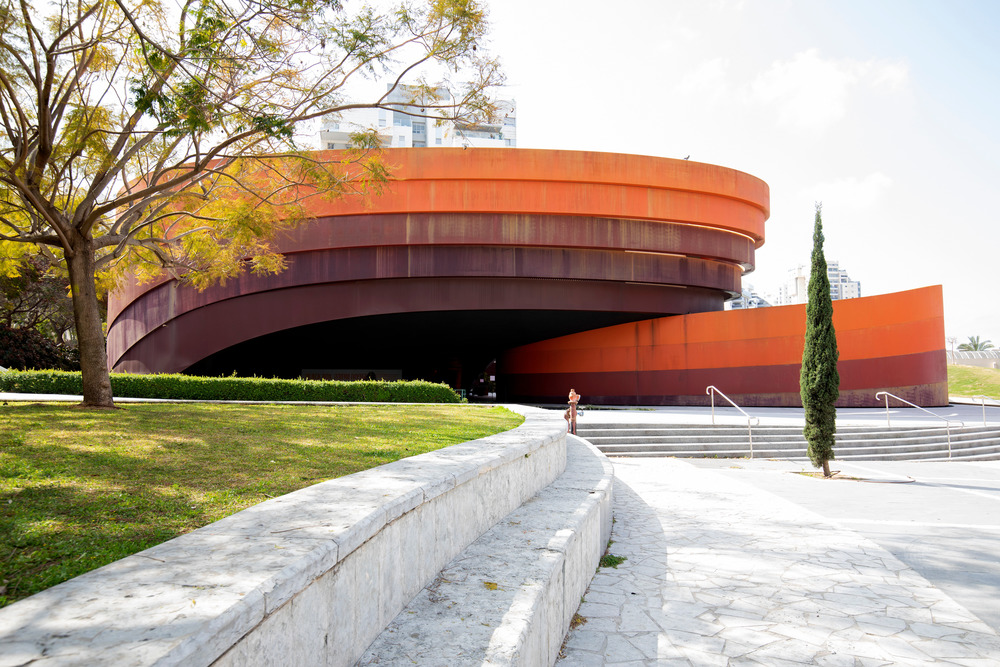 When designing her creations, which are highly architectural while also playful and comforting, Shani Hay worked off these architectural elements. Arched forms resemble secluded bays and steep cliffs, and minimalistic wildlife creatures are nestled around them. The installation’s atmosphere and the colors of the designs change, depending on the time of day, from bright morning light to darker tones as the sun begins to set.