David Newman will be showing for the first time in Zurich, Switzerland with the exhibition entitled ‘Sex sells so I got you some’. Manuscript draft originals will be on view to the public from his three self-published books originating in the late 1970s. “Needlesticks”, “Telltails”, and “Without Captions” (1979) are only a sliver of the artist’s extensive opus of works, media, and styles. A multifaceted artist whose humble beginnings are rooted in sculpture, Newman’s take on the over sexualization of the individual’s identity is refreshingly humorous and relevant to the current Western cultural hemisphere. The images in the books are tinged with unrelenting mirth while coupled with daring double-entendres and captions thus demonstrating an intimate insight into the process of Newman’s manuscripts. These works originating in the late 1970s signify just how forward-thinking Newman was towards gender fluidity and sexual expression. Depictions of transgendered persons, scenes of frolicking same-sex couples and gender roles blurring and defying Western patriarchal customs are effortlessly pulled together with simple pen and ink and witty rhetoric. 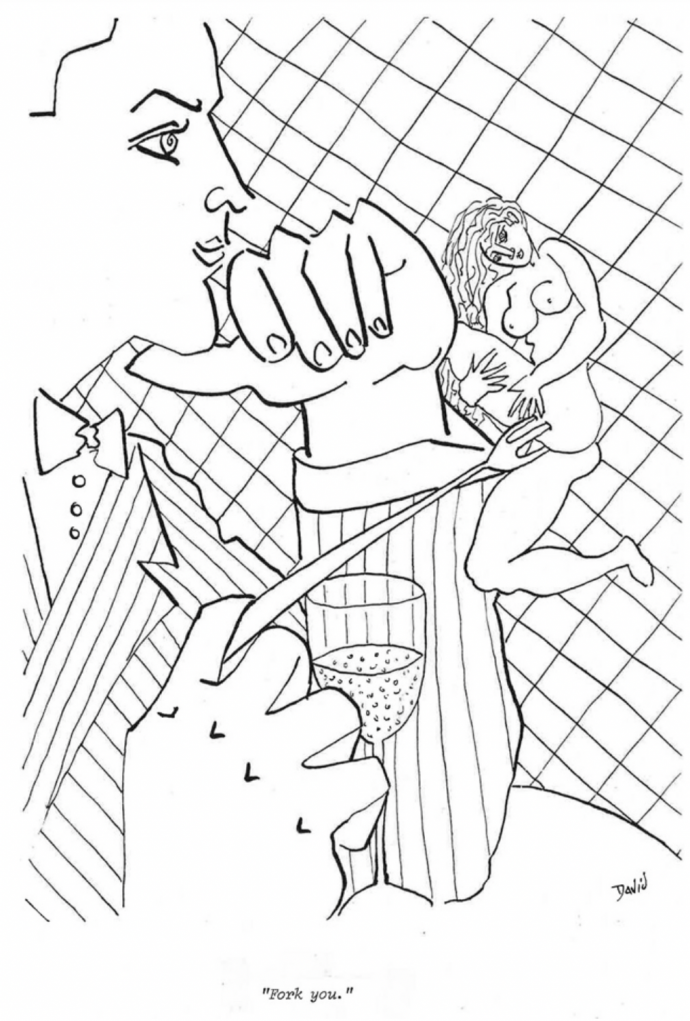 The themes in Newman’s overtly explicit illustrations are contemporary, however the sexualized subject matter is no stranger to the art historical canon. The images on display are reminiscent of Rococo eroticism of the 18th century and yet akin to Picasso’s unapologetic scenes of fornication. Newman’s scenes are subtle foreshadowing of the current generation’s blasé and often over sexualized attempt to market one’s image on social media. The succinct playfulness of the artist’s prose and subject matter aim to elicit empathy and compassion from the broader audience as if to gently break and redefine social mores while easing into a modern sexuality curated to and for the masses. Magazine advertisements were cut out and collaged on some of the drawings alluding to a younger era of mass consumerism and steadily growing globalization. In addition to the carefully selected collages, the captions combined with the imagery are tender invitations to the viewer to reflect on sexual frivolity. 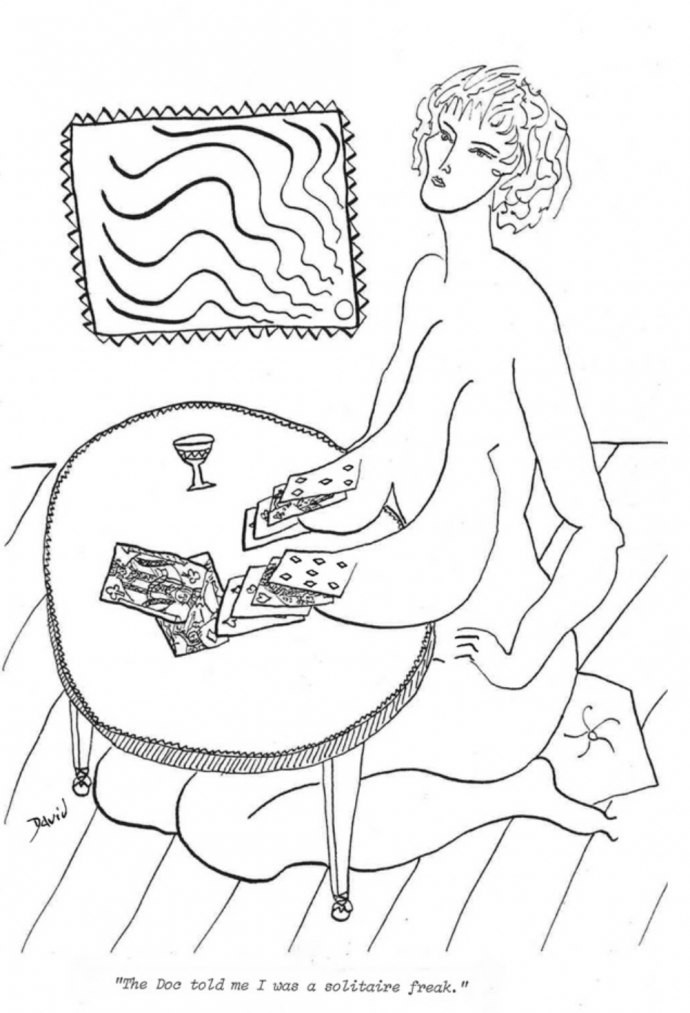 David Newman (1927 – 2005) worked tirelessly on developing his unique style and building an impressive oeuvre for six decades. Newman left America in his early twenties to travel through Italy on his own version of a ‘grand tour’ with Israel set as the artist’s final destination. While stopping in Paris, he met his muse and future wife, Michèle Newman (née Peron). After a 5-year stint in Italy, the couple embarked to America where Newman would reside and establish himself in New York and Florida. During the winter of his life, Newman settled in Austin, Texas where he would spend every day painting in his studio. Working up until the last 3 weeks of his life, Newman never exhausted to challenge himself and experiment with various styles and motives while retaining his originality. During an interview Newman was asked whether he considered himself an artist. To which he responded: “No, I’m a painter. I make paintings. And I make sculptures. But an artist, no. History will determine that. And even history, changes its mind.”

Sex sells so I got you some
by David Newman

0 replies on “Sex sells so I got you some”